Indianapolis IN, Evelyn Magley announced Omaha NE, has been awarded the 35th team market in The Basketball League. The new team called the Omaha’s Finest is owned by Tra-Deon Hollins.

Tra-Deon has been involved in Omaha’s Finest from the start. Before graduating from the University of Nebraska Omaha with his bachelors and focus in Sociology he excelled on the court leading the NCAA in steals going on to win two Defensive Player of the Year awards for the Summit League and was a 2x All-Summit League First Team player. After graduating, he was drafted 21st overall by the Fort Wayne Mad Ants in the NBA G-League draft. Last season, he was named to the First-Team All Defense in the G-League. He was also nominated as the Defensive Player of the Year for the G-League by Ridiculous Upsides.

“I am excited to be a part of bringing pro basketball to Omaha. Our vision for ‘Omaha’s Finest’ is to leverage basketball as a way of impacting the youth of our community, while bringing an entertaining and competitive product on the court.” Tra-Deon Hollins Team Market Owner Omaha’s Finest

The Finest are the 23rd new team to join the 4th year league just since the pandemic ended the season prematurely.

“We are excited to have a team in Omaha as it ties nicely to our Central Division currently in KS, OK & AR and also allows us a nice market to build north in future years to markets in the Dakotas and beyond. The market is also primed for our community first focus as it is very supportive of its High School and colleges but does not have any pro basketball currently, this is fertile ground for Tra-Deon and his team to impact lives.” Evelyn Magley CEO

TBL will begin its 4th season an April 9th and is known as a showcase league as over 50% of all participants will go on to play in other leagues around the world.

The Finest, will begin open tryouts in January.

For more info on the Finest:

For more info on TBL: 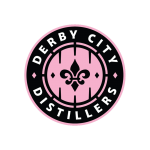 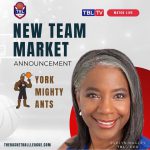 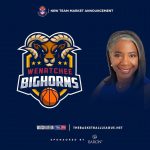